You are here: Home / Steve Sem-Sandbergs latest novel ‘The Tempest’ is published...
Steve Sem-Sandberg’s latests novel The Tempest is being published this week in the UK. The Tempest is a hypnotic tale  of an island, overrun with stories and myths. The novel portrays a hatefulness that is inherited generation after generation and a love that will conquer all.
The pre-reviews and media coverage has been amazing so far. Most recently he appeared in the Twenty Questions interview in the TLS (The Time Literary Supplement). You can find the interview down below.
To read the pre-reviews you can go to The Spectator and The Daily Mail

What’s the best advice you’ve ever received? ‘Be patient. Stay with the book even on dull days. Don’t give up. Ever.’

Writers and thinkers take on twenty questions from the TLS, revealing their favourite books, writing habits and best advice

What is your favourite book published in the past twelve months?

The book I’ve read with the greatest pleasure these past twelve months was published 236 years ago: Jean-Jacques Rousseau’s Confessions, the first (and still most brilliant) piece of autofiction ever written.

What subject have you found it most challenging to write about?

The two novels I wrote on the Second World War and the Nazi extermination programme, The Emperor of Lies and The Chosen Ones, were both extremely challenging to write.

Which author (living or dead) do you think is most underrated?

I think all good authors will be underrated to some degree. Herman Melville, Joseph Conrad, William Faulkner. No reading will ever exhaust them.

Which author (living or dead) do you think is most overrated?

I don’t read them.

Trust your imagination even to the slightest whim. Be patient. Stay with the book even on dull days. Don’t give up. Ever.

To what extent, in your view, is writing a political act?

I do think good writing can change how people look at themselves or each other, or humanity (for that matter); but I hate literature making statements.

Do you have any writing tics?

One of my tics is trying to trick myself into believing I’m not writing when I actually am. I write when I wake up at night, or before I go to sleep, thinking to myself I’m just taking notes. Everything but sitting in front of the computer works. The thing is to try to catch your imagination unawares.

What is the first thing you wrote?

It’s hard to remember. I have been writing since I could form the letters of the alphabet. But I think it was something in the vein of Enid Blytonwith five kids, a dog and some spooky caves.

How, in your opinion, should we measure a book’s success?

If it manages to reach its intended readers.

What do you read on holiday?

I try to stay off reading stuff I need for work, but I’m not particularly fond of light reads. I tend to re-read books I know I once enjoyed – I recently re-read Flaubert’s Madame Bovary, the fifth part of Marcel Proust’s In Search of Lost Time (La prisonnière). Also with pleasure the Norwegian author Cora Sandel’s Alberta Trilogy, a classic in Scandinavian literature.

Toni Morrison or Philip Roth? Both.

Jack Kerouac or James Baldwin? Kerouac, for the pure energy of his writing even though he can be pretty sloppy at times.

Virginia Woolf or Emily Dickinson? It would be criminal to choose between two such great authors.

Hamilton or West Side Story? No.

Lord of the Rings or Game of Thrones? No!

Beyoncé or Bob Dylan? Bob Dylan. Like many lonely boys I’ve been a great fan of his since puberty. 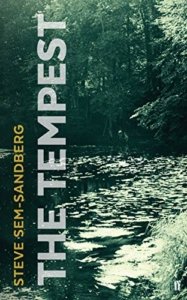