We are happy to announce that Latvian rights for Marked for Life, Slowly We Die and His Soul to Take by Emelie Schepp have been acquired by Latvijas Mediji. 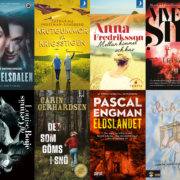 We have had a fantastic spring with Camilla Läckberg‘s new book ‘The Golden Cage‘ being released and her tour across Europe, Camilla Sten‘s thrilling horror novel ‘The Lost Village‘, Heléne Holmström‘s debut on the romance scene with ‘Free Falling‘, Emelie Schepp‘s latest in the Jana Berzelius series ‘Are You Sleeping‘, Martin Österdahl‘s‘Iron Angels‘ and just before summer the second part in Anna Fredriksson‘s Every seasons trilogy ‘A Simpler Life‘ and Louise Boije af Gennäs‘ final part of the Resistance trilogy, ‘Crossfire‘.

And now as summer is here and Stockholm is in vacation mode we are taking the time to prepare for a fall filled with exciting book fairs, new books and great projects. So stay tuned!

For our summer reading we will most certainly pack these pocket edition that was published this spring as well:
In Bad Company by Viveca Sten
Prey by Louise Boije af Gennäs
Black Ice by Carin Gerhardsen
Tierra del Fuego by Pascal Engman
New Beginnings by Anna Fredriksson
Rich Boy by Caroline Ringskog Ferrada-Noli
Tough Old Girls On the Warpath by Catharina Ingelman-Sundberg
The Devil’s Sanctuary by Marie Hermanson

We hope all of you had a fantastic summer with lots of good reading!

Today, August 22nd, is the publication day for the French edition of The Tempest by Steve Sem-Sandberg. Lettres de la pluie is a part of La Rentrée Littéraire for the publisher Robert Laffont.

Steve Sem-Sandberg’s The Tempest is a hypnotic tale of an island, overrun with stories and myths. The Tempest portrays a hatefulness that is inherited generation after generation and a love that will conquer all.

This is a novel about the way historical crimes are written on a landscape, about the manner in which moral decay takes on physical form. What makes The Tempest truly special, though, is the risks that Sem-Sandberg takes with narrative conventions, the way that his prose seems to break every rule in the creative writing handbook, and yet does so joyfully, recklessly and utterly convincingly. That such stylistic complexity is rendered in a manner that feels entirely natural is testimony to the great skill of the translator, Anna Paterson. The prose leaps wilfully between past and present tenses, the voice suddenly breaks into the second person and at one point Johannes takes over Andreas’s first-person narrative. Perspectives telescope in and out, giving us sweeping passages of history or wide-angle landscapes followed by intimately observed and close-up moments in time. It’s as if the book’s most significant borrowing from Shakespeare’s play is not the island setting, but rather Prospero’s total control of narrative, the omnipotence of the author-magician.
The Spectator 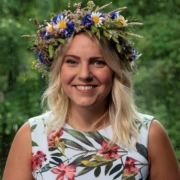 We are happy to announce that Carina Bergfeldt has been nominated for the Grand Speaker Award 2019. She is nominated for her capacity to describe difficult things in an accessible way and for engaging the listener with reports, marked by high topicality and professionalism. Carina contributes in an extraordinary manner to spreading knowledge about our time and is a counterbalance to the contemporary phenomenon of fake news.

The winner will be announced during a ceremony in November 2019. You can read more about the award and the nominees here.

We are delighted to announce that Swedish rights to the 11th book about Erica Falck and Patrik Hedström in Fjällbacka, have been acquired by Forum/Bokförlaget Ester Bonnier.

We are happy to announce that Swedish rights to Camilla Läckberg‘s yet untitled non-fiction project have been acquired by Forum. More information to follow.

We are delighted to announce that Swedish rights for Camilla Läckberg‘s novellas have been acquired by Forum. The first novella, I’ll Carry the Link, was published in Italy in November 2018. 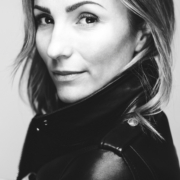