You are here: Home / The latest novel by Steve Sem-Sandberg is now published in Sweden

We are looking forward to the publication of the lastest novel from Steve Sem-Sandberg!

Woyzeck is the story of a loyal foot soldier who, in a fit of jealous rage, kills the woman he loves. In 1836, this true story inspired Georg Büchner to write the play that would become a classic in European dramas. Sem-Sandberg basis his latest novel W. on the same material. It is a story of a lonely man who joins the army to escape his misery and participates in one of the many wars in the early 19th century. 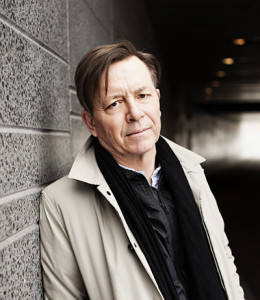 Steve Sem-Sandberg says the following about the writing process and how the character W took shape for him:
As can sometimes occur when one writes, the character became much larger than the outer circumstances that had brought him forth. During the five long years it took me to write this book W., as I eventually came to call him (in reality he went by many names!) became more real than I, or perhaps he indeed came to be me in some shape or form. Whether or not he has any similarities with Büchner’s portrayal of Woyzeck, twelve years after the murderer with the same name had been executed as the last man in Leipzig to die at the gallows, is up to each and every reader.

It would, I assume, depend under what light one is looking. 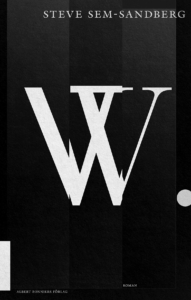 W will be published by Albert Bonniers Förlag the 19th of September.

Another raving review for Sem-Sandberg’s W