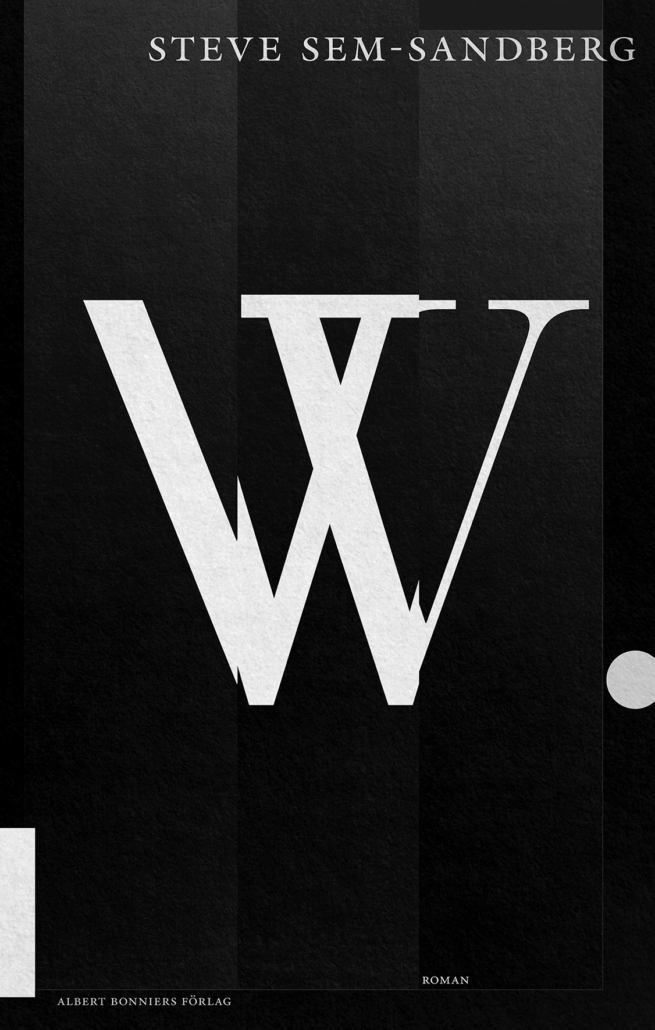 Woyzeck is the story of a loyal foot soldier who, in a fit of jealous rage, kills the woman he loves. In 1836, this true story inspired Georg Büchner to write the play that would become a classic in European dramas. Sem-Sandberg basis his latest novel W. on the same material. It is a story of a lonely man who joins the army to escape his misery and participates in one of the many wars in the early 19th century.

Sem-Sandberg paints a picture of a torn Europe – a continent falling apart under the savagery of war, while dreaming of a whole new and enlightened view on the individual as a social creature. First and foremost, though, W. is a ruthless study of the vulnerable human being, of the abyss that, according to Büchner, constitutes every person.

Steve Sem-Sandberg’s new novel W shines from within, as from a thousand small inexorable lamps directed into the most acute. […] a sharp and hyper sensitive novel about abandonment and violence. […] it sparks electrically from this art of novel sharp in style. […] Steve Sem-Sandberg has with W written a close study in human exposure and male rage. To read it is like to crossing the surface, gasping, and greedily devour the air that only really good literature can bring. It’s a fantastic, spell-binding and terrible book.
Dagens Nyheter

It’s not a book that offers comprehension, but something bigger: a feeling of solidarity. […] One could call Steve Sem-Sandberg’s W for a masterly psychological case study – it wouldn’t be wrong – but it would in some way also to be reducing this novel, to make it something too general. No, it’s the collaboration and tension between the reader and Woyzeck, rather than the attempts to find more profound motives, that makes this reading experience so strong.

You walk by his side with a feeling of solidarity, not comprehension. You are led to the scaffold without having gotten any proper answer on the question about the nature of the crime, if it was in the heat of the moment or the revenge for an entire life of injustices. And when you are closing the book it’s as if the broadaxe falls down a second time.
SvD

Steve Sem-Sandberg is well conversant with the sources without writing documentary. Woyzeck’s pains are uncovered gently and with empathy. […] Steve Sem-Sandberg’s novel is well-heeled and sensual. The language is slightly archaic and very beautiful.
Aftonbladet

Sem-Sandberg does all of this in an peerlessly shaped prose […] Read against Büchner’s furious fragmentary play, W becomes a more complete and serious story about a disrupted fate. Within the Swedish art of novels it belongs to the greatest I have experienced for several years.
Martina Lowden, Kulturnytt i P1

… Sem-Sandberg maintains the ambiguity until the very last magnificent sentence. […] The prose is impeccable throughout the novel, at times very beautiful and coloured by the time the story takes place in. […] W. is an ethically exhorting novel, filled with a matter-of-fact pathos. Its sometimes indigestible gravity is something to be grateful for.
Göteborgs-Posten

A brilliant nightmare about the exposed human […]
W. is a dark philosophical novel about the human exposure in life. […] W. is a brilliant and poignant novel. It may provide Steve Sem-Sandberg with his second August Prize.
Upsala Nya Tidning

I know no other Swedish author, after Birgitta Trotzig, who penetrates the human suffering like Steve Sem-Sandberg does. But he writes as if he is holding the rhythm and the beauty of the text in front of him – and us – like the only protection against an abyssal pessimism regarding the human nature.
Gefle Dagblad

Sem-Sandberg draws both a tender, honest and nuanced – but never simplified – portrait of his main character. Besides, he does never disregard the horrible crime this person once committed. […] The character portrayal of “W.” is impressively flexible. It’s never loose in Sem-Sandberg’s depictions of the time and surroundings neither. […] The language is something else that impresses in this novel. Muffled and present it grows and Sem-Sandberg lets the portrayal be marked by this somewhat archaic vocabulary and tone that provoke so clear images. It feels like we’re stepping right into “W:s” limited field of experience and vision. […] Sem-Sandberg knows how one tells about a life. With “W” he has created another nuanced novel. A story that challenges and enlightens. That  confirms his position as one of our most solid, and at the same time always surprising, authors.
Kristianstadsbladet

Sometimes there’s a novel that, like a razor blade, cuts through the noise from the contemporary fiction. Steve Sem-Sandberg’s ”W.” is such a novel: composed by fragments from historical documents, arranged in a strong artistic vision, “W” convinces us that the novel still can ask the question about what a human really is. […] … ”W.” is a piece of art […]
Göteborgs-Tidningen

Its expressive portrayal of the unhappy W’s painful wandering through life is a great and remarkable achievement. Without a doubt I dare to say that this novel is Sem-Sandberg’s biggest effort this far, in my eyes more profound than the 2009’s August Prize Winner “The Emperor of Lies” – and as moving. What motivates such a statement is first and foremost that Sem-Sandberg with empathy and artistic pace manages to depict a mental unstable person’s experience of reality. […] Sem-Sandberg is often praised for his stylistic and technical brilliance. This book is swarming with passages that demonstrate this talent.
Helsingborgs Dagblad

And that with a fantastic language. Several times I go back to read a paragraph twice, thrice. Not because the text is difficult to comprehend, it’s not, but only to admire de letters that are transformed into work of art. […] W is definitely my third favorite (to the August Prize 2019).
Kapprakt

SAGA’S STORIES: BALLONS, HIDE-AND-SEEK AND TWO SANTAS IN A DITCH