Camilla Läckberg’s novel The Golden Cage was the most sold book in Sweden 2019 and now she breaks sales record once again. With over 26 million copies sold of her books around the world Läckberg’s position as a superstar is confirmed. Lately the sales in Sweden, Spain, Italy, France, Poland and Germany have exceeded expectations.

Camilla Läckberg is an international sensation who tops the bestseller charts around the globe. Her books are published in over 60 countries and translated into 40 languages. After Sweden, France is the country where Camilla Läckberg has sold the most books. Up to now the French readers have bought over 5 million books.

– It’s Läckberg’s new groundbreaking series about the business woman Faye that has found more readers all around the world. While waiting for the sequel, which will be published internationally in 2020, people are reading the books in the Fjällbacka series to get more from their favorite author, says Joakim Hansson at Nordin Agency. 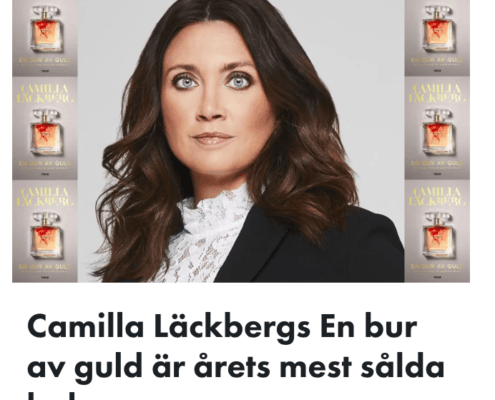 A grand and thrilling project by Thomas Engström and Margit Richert to be published...

W. sold to the Netherlands!
Scroll to top