You are here: Home / Susanna Alakoskis upcoming novel to be a play at the Wasa Theater

Ten years ago, the the very well received play Svinalängorna (Beyond), based on Susanna Alakoski’s novel of the same name, was performed at the Wasa Theater. In the fall of 2019, the Wasa Theater will be the first to produce a play based on her new novel which will be released that same fall.

At the moment Susanna Alakoski is working on her new literary quartet depicting women in the textile-industry. The first part takes place at the Vasa cotton-factory. The book will be released the same fall as the first performance of the play will premier on the big stage at the Wasa Theater.

About the performance:
The play that the Wasa Theater is producing is based on the first book in the series. It’s about life, all its different phases and how they come together. How womanhood is affected by pressure, whether it’s politics, moral, church, laws, war, a boom or an economic recession. The play is being written by the well renowned dramatist Annina Enckell and will be directed by Oscar-nominated Ulrika Bengts. The premier will be in November of 2019, tickets will go on sale in April next year.

– I am drawn to the epic story, the local connection and the female perspective. By an authorship that so consistently and urgently has chosen to shine a light on the people living in the marginals. It’s both titillating and monumental that while celebrating its 100-year anniversary, the Wasa Theater has the great honor to take this novel to the stage, written by one of Sweden’s most prominent authors, says Åsa Salvesen chief of the Wasa Theater. 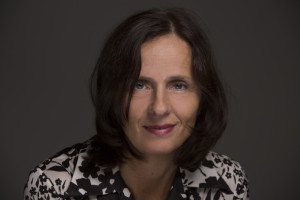 Welcome to the agency, Sara Blaedel