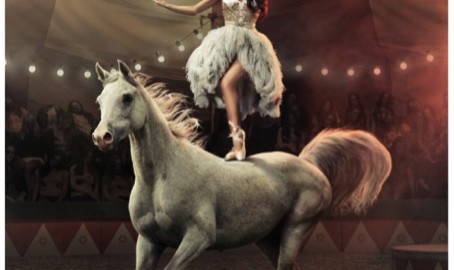 “She has that remarkable gift for storytelling that is so hard to define and which is fundamental to the appetite for commercial fiction: something that she rarely receives enough praise for.”
Dagens Nyheter

It is January and Fjällbacka is bitterly cold. A half-naked girl is drifting through the snowy forest, out onto a road. The car appears out of nowhere and does not have time to swerve.

When Patrik Hedström and his team receive the alarm about the accident, the girl has already been identified. She disappeared four months earlier on her way home from the local riding school and has not been seen since. Her body bears the signs of unimaginable atrocities and there is a chance that she will not be the last and only victim.

At the same time, Erica Falck is investigating an old family tragedy that led to a man’s death. She pays countless visits to his wife, who was convicted of the murder, without being able to find out what really happened. What is she hiding? Erica suspects there is something wrong. And it appears that the past is casting a shadow over the present.

The latest novel in Camilla Läckberg‘s internationally successful Fjällbacka Series is out and The Lion Tamerhas already gotten rave reviews.