You are here: Home / Thomas Engström 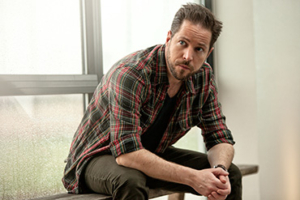 Thomas Engström (B. 1975) has a foundation as a lawyer. He does regularly appear in Svenska Dagbladet, Fokus and Axess.

He made is debut in 2003 with Mörker som gör gott. His second novel is Dirty Dancer and it was published in 2006.

In the fall of 2013 Engström published Väster om friheten, the first part in a political thriller series set in an international arena with Ludwig Licht as the the main character.
For this book Engström was awarded “This years debutant” by the Swedish Crime Academy, who also nominated the sequel, Söder om helvetet, to “This years crime novel”.
In 2015 the third part of the series, Norr om paradiset was published and in 2017 the final part, Öster om avgrunden, was released.

Engström has translated about 20 titles from English such as books by Barack Obama, Ian Kershaw, Mark Bowden and Walter Isaacson.

In 2015 Engström left Sweden and is continuously traveling.