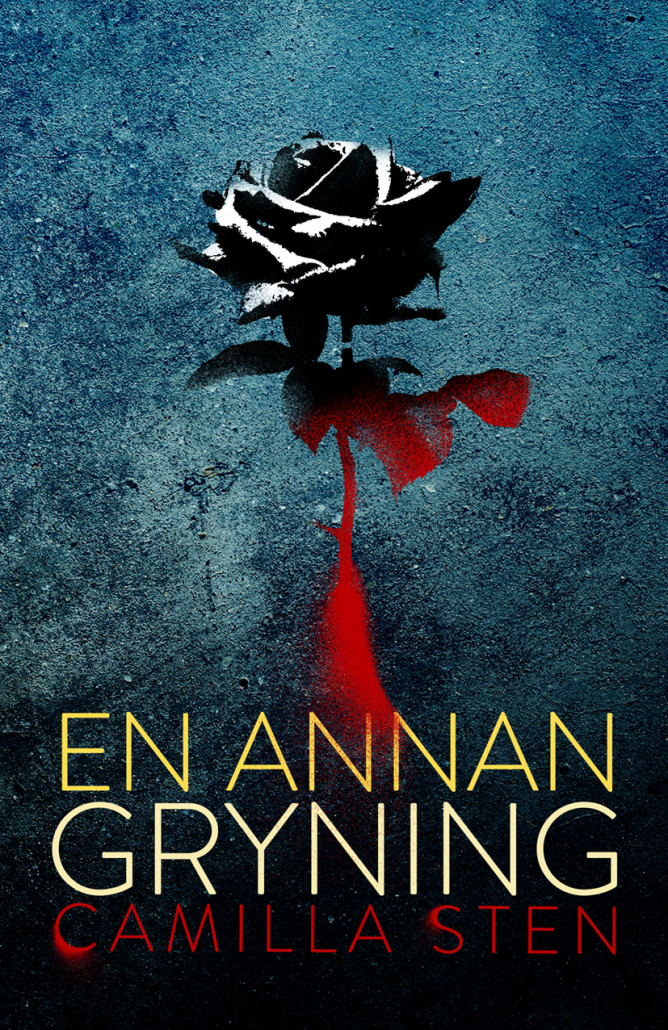 Isa knows how to behave. You keep your head down and your mouth shut. And you never draw attention to yourself. It might have been different once upon a time, but that doesn’t matter now. Isa is class B, and she knows the rules of the system.

At night, though, things are different. At night Isa and her friends wage a covert revolution. By hacking party blogs and spreading fliers with illegal anti-government propaganda they try to make their voices heard. So when an anonymous blogger claims to have information that could overthrow the government things come to a head. With the police hot on their heals they will have to decide once and for all how much they are willing to sacrifice for freedom.

A New Dawn takes place in a nearby future where a right wing extremist party has become the governing power in Sweden. It is a novel about fear and racism, but also about those who dare to stand up against the hatred. Above all though, this is a novel about Sweden – an icy cold Sweden that could be closer than we think…

Sten tells her story in a simple and credible way, without effects or decoration. […] The author’s indignation and dedication gives the story life, and during the final chapters the atmosphere intensifies at the same time as she delivers a surprise or two.

And the ending, it is both threatening and hopeful; depending on which side you are on.

“The neighborhood is still quiet. A calm, ordered anarchy in the little country of ‘just right’, where nothing will ever be the same again, after tonight.”
Henrik Jansson, Hufvudstadsbaldet

“A New Dawn” is a dizzying tale of fear in a country where people are classified depending on their heritage, wholly determining their right to housing and welfare. But it is also a story of courage, for in this Swedish apartheid lives Isa, a young woman who belongs to Class B.
Initially the mood is unnerving, Camilla Sten manages to portray a cold Sweden where paranoia is a constant, everyday thing. The built in fear makes itself relentlessly known and Sten never lets go. With a minimalistic narrative and spares information she creates a claustrophobic feeling of a crowded society where nobody ever feels safe. Sten gives the story a strong presence by letting Isa’s low-key voice tell the story in the present tense.
The third and final part of the novel is the strongest and this is where the characters come to life even further with powerful scenes and dialogues that make connections and increases the understanding for decisions made earlier in the book. The ending is thrilling and it really matters what is going to happen to the characters, especially to Isa who has grown alongside the mounting suspense.
Magnus Lindström, Litteraturmagazinet

Psychology student Camilla Sten’s novel “A New Dawn” may very well be the most terrifying book I have ever read. Besides it is full of cliffhangers to make it as impossible to put down as the book is frightening to read
[…]
When I read the final words on the last page my heart is pounding heard and a sense of unease lingers alongside a very different feeling of determination. You see, the book has given me an important insight. Camilla Sten’s dystopian Sweden is not a country where I want to raise my children and grand-children. Consequently, the most important question this novel has awoken in me is: how far I would be willing to go to create another future.
Tindra Englund, Lundagård

“A New Dawn” deals with a Sweden democrat society where racism has become the official politics. The novel primarily portrays the pressure cooker that the five to six insurgents, wanting to change the totalitarian structure, live in. They don’t have a clue as to how to go about it and there is a lot of tension and mistrust among the members.
They are scared to death “worry is in full bloom”, as Isa puts it. Isa is twenty-something and the narrator of this story. They have no real program and are constantly trying to talk things over.
I believe Camilla Sten has hit the nail on its head. This is precisely what it is like when confused and scared people with a strong pathos try to do something that can ruin their lives. In other stories like this it would probably be the opposite: the insurgents are righteous and brave heroes who know exactly what to do.
And they usually fall in love doing it.
[…]
This however, leads to suspenseful developments and a surprising resolution.
Dan Sjögren, Skånskadagbladet

Camilla Sten has based her novel in several of the tendencies from today’s society and simply taken them to their very limit. You can clearly hear an echo of the contemporary debate over the refugee-crisis, terrorism and the coming effects of climate change. This gives “A New Dawn” a clear political edge at the same time as it is written as a suspenseful adventure story with a strong drive and almost thriller-like elements. The prose is straightforward and natural, effectively moving the plot forward. Camilla Sten has a good sense of scenery and dialog, and also weaves in a healthy dose of psychology and personal relationships in the story. All in all: One part suspense, one part friendship and love, one part politics.
Doesn’t that sound like the recipe for a movie? In any case it wouldn’t surprise me if this story shows up one the big screen soon enough
Eva Johansson, Svenska Dagbladet.

A description of the future finds it’s worth in the details, in the eye for what will be magnified or reduced or just changed, what will disappear and what will be invented. And in this “A New Dawn” becomes a very interesting novel. Camilla Sten impresses with her skill and thoughtfulness. It’s as if she draws lines, as if she identifies today’s fluctuations and metamorphoses, not least in her narrative, and her thorough attempt to follow the guidelines towards a credible and likely future.
Patrik Svensson, Sydsvenskan

Camilla Sten has tried her hand at depicting a future Sweden made by the Sweden Democrats. She never writes it, but you can tell that they are her model for The Party. Neither she nor I know id she is right, this is literature, but I applaud her for trying to write a dystopia so close to our own time. It makes the book a heart-stopping read. […] It is a suspenseful story, a real page-turner, and that’s good. Besides, the ending opens up for a possible sequel, lets hope so!
Mira Hjort, Kommunalarbetaren

Sometimes the context is almost completely crucial for a reading. While I plow through Camilla Sten’s debut novel, the page-turning dystopia “A New Dawn”, I get simultaneous reports of a Sweden that I no longer recognize.
Dramaturgically “A New Dawn” is constructed like a classic action movie. The resistance is suffering, something happens to build the setting for a defeat or a relative victory. It’s suspenseful and depressing […]. Sten skillfully constructs her dystopia without explaining or accounting doe more than exactly what she needs – technical details and the way to profound stories of oh thou horrid new world and what has happened since today shines with its blessed absence. The imagery is easy to grasp while I read, my feet are cold and I too feel in need of a shower.
Rebecka Åhlund, Trelleborgs Allehanda