Anne Swärd takes her seat in the Swedish Academy on the 20th of December and makes history!

You are here: Home / Anne Swärd takes her seat in the Swedish Academy on the 20th of December ...

Anne Swärd officially takes her seat in the Swedish Academy on the 20th of December, making the day historic as four women will join at the same time. It was in March of 2019 that the news first broke that Anne will be succeeding Sara Stridsberg and take a seat on the chair 13.
–It it’s extremely exciting and challenging, as if I need to be on the tip of  my toes and fill an important function. I have lived a life with my texts, now I will have a completely different roll in an Academy that also has had the spotlight turned onto them, Anne Swärd says.

Anne debuted in 2000 with her novel Arctic Summer which got shortlisted for the August Prize. In 2006 she was awarded the Mare Kandre Prize in 2006  for her novel Quicksand. Her latest novel Vera was published in 2018 and has been well received by readers and critics, Göteborgs-Posten wrote:
“Anne Swärd is a divinely gifted storyteller and a novelist of great European significance. Without a hint of hesitation she writes a beautiful and grand prose that evokes one image after the other and that unfolds like a Günter Grass novel towards a world that is at once childishly accurate and ingeniously wicked.”

Anne is currently writing on a new book which will be published by Albert Bonniers in April 2020. 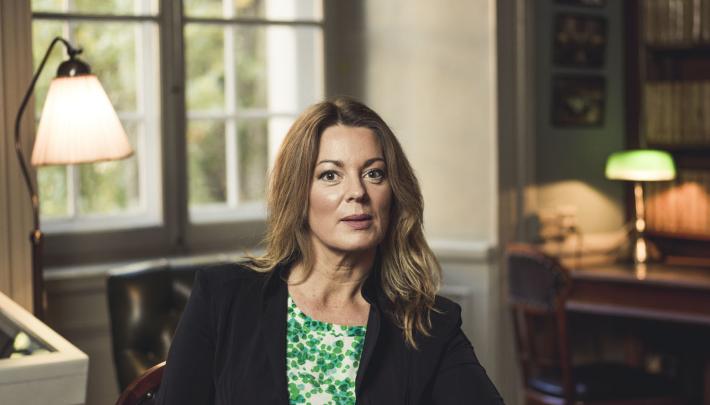