WELCOME TO THE AGENCY, TINA FRENNSTEDT!

You are here: Home / WELCOME TO THE AGENCY, TINA FRENNSTEDT!

We are happy and proud to welcome Tina Frennstedt to the agency. Tina Frennstedt is one of Sweden’s most acclaimed and hard-nosed crime reporters. She has specialized in cold cases and portrays the police work in an authentic way; in her books she wants to write about cases that have moved her while making it to something of her own.

Tina Frennstedt is the author of the Cold Case series starring the Super Copper Tess Hjalmarsson and her sidekick Marie Erling. For the first book in the series, Cold Case: Missing, Frennstedt was awarded the Crime Debut of the Year Crimetime Award 2019.

The crime debut also received raving reviews from critics as well as from book bloggers.

She does not only value the authentic portrayal of the police work, but also tells a story about how an unsolved crime affects the lives of the people involved many years later.
Dagens Nyheter

Tina Frennstedt mediates a feeling of Skåne-noir in her skilled suspense debut.
Smålandsposten

I just had to know how it ended and I have difficulties believing that I will find a crime novel as suspenseful as this this year. Cold Case: Missing is unputdownable …
Kalmar läns tidning 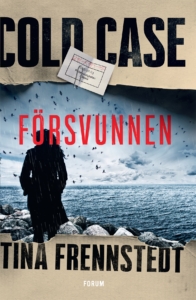 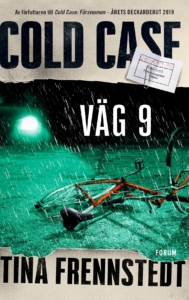 The second part in the Cold Case series, Cold Case: Route 9, will be published in March 2020.

Nordin Agency is looking forward to working with Tina Frennstedt and her amazing books!

The Golden Cage & Wings of Silver sold to Lithuania

Carin Gerhardsen in a new Dutch audio and e-book deal!
Scroll to top